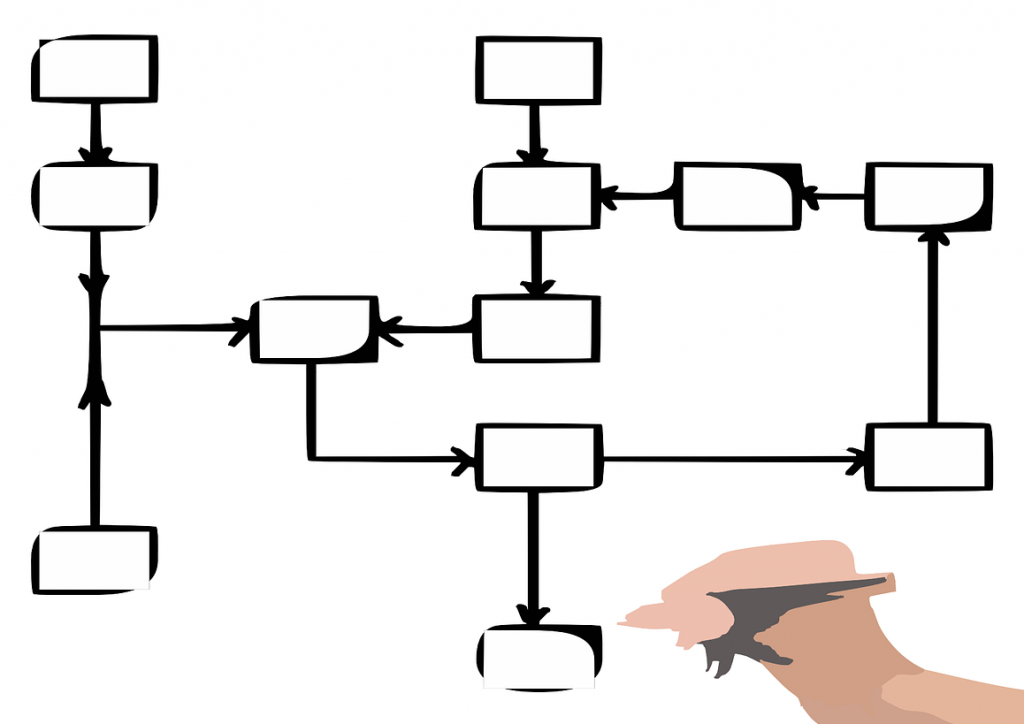 The word Algorithm is thrown around a lot these days, and for a good reason. They are the foundational building blocks of AI (artificial intelligence) and much of the technology we use every day.

But most people think of it as an abstract, intimidating word that should be a question on Jeopardy (what is an algorithm, Alex?). In truth, algorithms are not only at the core of today’s digital society but also deeply rooted in human culture and psyche. We’ve used algorithms as long as we’ve been able to record history. The first recorded use of algorithms was by the Sumerian civilization four thousand years ago, just about the same time that humans invented written language. We’ve been using them since day one.

What is an Algorithm?

An Algorithm is a finite series of steps that you use to solve a problem or reach a goal. We use forms of algorithms all the time, both consciously and unconsciously.

An important distinction is that an algorithm must be precise. A simple example of an algorithm is a recipe. But as anyone who cooks knows, not all recipes are technically algorithms because many aren’t precise in their instructions. Everyone has seen the recipe on the back of the box that says “cook on high for 25-30 minutes, or until done”. That leaves a lot to interpretation, and that’s something important that a good algorithm does not do.

Exact recipes, aka algorithms, will allow you to cook your favorite meal or bake your famous brownie the same way every time.

Take a second think about how often you’ve used algorithms throughout your life. Since they’re simply a set of instructions to get the desired result, many examples should come to mind. Following the installation manual to put together a piece of furniture or hang your TV on the wall is an example. So is doing laundry. And, if you’ve ever gone to a painting class or watched Bob Ross and his fantastic afro on The Joy of Painting, then you were watching an algorithm at work.

Algorithms are everywhere in today’s world. Some are obvious, while others run without our ever noticing. They schedule flights, route packages for your late-night Amazon purchases, establish real estate comps, and decide what content you’ll see on Facebook.

They help us solve problems, make better decisions, predict likely outcomes, and enhance our daily lives. On the aggregate, we use them to be more productive and happier. They can regulate your thermostat to keep you comfortable while also reducing your energy bill.

Hopefully, if we’ve done our job, you’re on board with the idea that algorithms should be neither scary nor intimidating. Humans create algorithms by default in the form of routines. These ‘intuitive algorithms’ aren’t always precise, but we use them to help reduce uncertainty to make the best decision we can at that moment. An example would be using a list of pros and cons to help you make a tough decision. These are by nature subjective and lack the sophistication and precision of mathematical algorithms used by computers, but in the end, they’re trying to do the same thing.

Take your morning routine as an example. You’ve devised and refined a unique process to make you as efficient as possible while doing what you need to do to get ready for the day. The same is true when you get in your car. There are specific steps you follow to unlock, start, and drive the vehicle.

But how do they work?

The Building Blocks: Inputs and Outputs

Inputs and outputs are the core of any algorithm. Outputs are typically more familiar to us. These include the recommendations you receive on Amazon based on your purchases, or the suggestions Facebook keeps giving for people you may know based on your friends. Algorithms are designed to take information as an input, then perform a task to produce an output. When you put your address in Waze and ask it to tell you the best route home, the output is the route and directions.

But by default outputs can only be produced through inputs, which all algorithms have. These can be a single number or two, but more and more they are complex considerations taken from many sources. Inputs should consider any variable that might be used to solve your specific problem.

When you search for the cheapest flight from airport A to airport B leaving between 2:00-4:00 pm EST on a specific date, you can see many of the inputs involved in determining the output…the flight that best meets your criteria. But these algorithms leverage many other inputs, including a database of all flights incoming and outgoing, the companies providing the services, their routing, weather conditions, etc.

If you take a package to the post office to send out, it’s an algorithm that is deciphering the hand-written zip code on the slip. Specifically, this is a machine learning algorithm that takes countless examples of handwriting with a known output to help it learn what was right from wrong.

According to DLabs, ML algorithms are usually grouped by either learning style or similarities in form and function such as classification, regression, decision trees, etc. The learning styles could include supervised, unsupervised, or semi-supervised, but regardless of the style or the function, all machine learning algorithms contain three components:

Other (but not all) Types of Algorithms

Example: 1+1+1+1+1+1+1+1 = 8. What happens if we add another 1 to this? We don’t need to recount from the beginning to know this additional 1 will add up to 9. We know how the solution was solved before and therefore can jump to the answer without taking the (computational) time to start over.

Algorithms are not incomprehensible things that only exist to help mathematicians and computers. We use them every day, even if we’re unaware of it. Algorithms contain a lot of problem-solving wisdom that can help you make the right decisions, predict probable outcomes, and become a more productive individual.